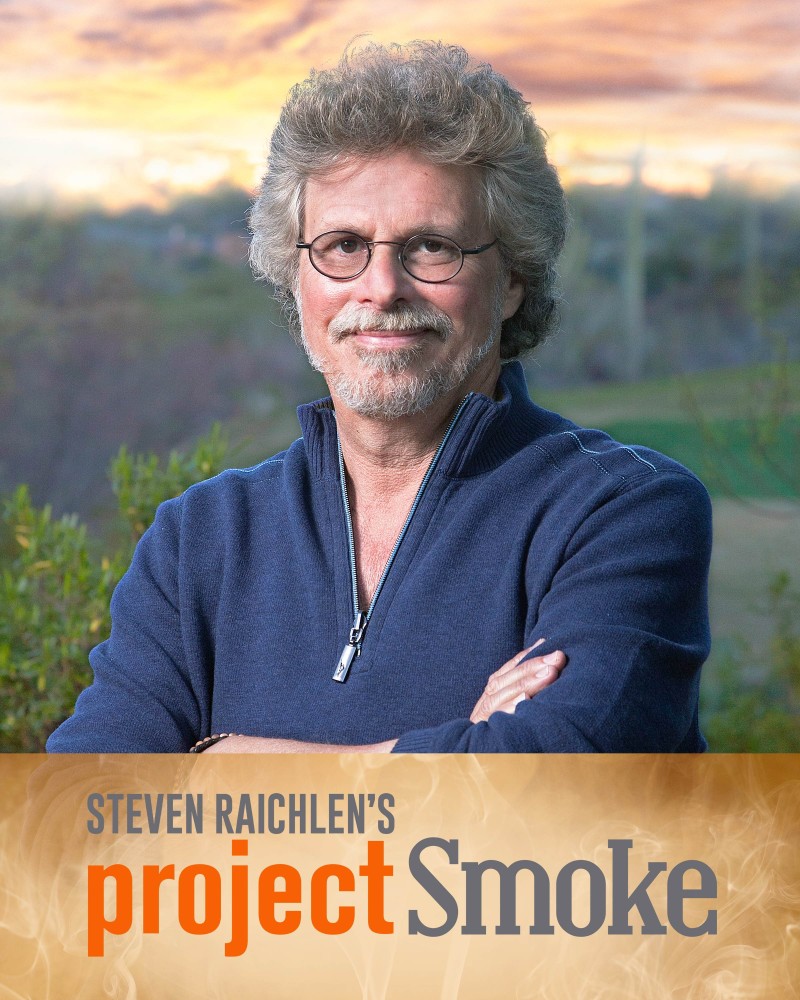 If you’re a fan of Steven Raichlen’s Primal Grill television show (PBS) or one of his many best-selling books, then you’ll be happy to hear that he has a brand new show that’s all about smoking!

“Smoking is the new grilling,” says Raichlen, a five-time James Beard Award winner who holds a degree in French literature. “Project Smoke focuses on iconic smoked foods, such as Texas brisket, Carolina pulled pork, and Scandinavian smoked salmon, plus dishes you would never dream you could smoke, from cocktails to dessert.”

Steven is a big fan of Memphis Wood Fire Grills (and our brand of high-performance pellet grill) and we’re very happy to be a sponsor of the show. If you watch closely, you may even see a Memphis on camera!

“Think of the handsome sleek stainless steel Memphis as the Tesla of pellet grills, with sophisticated electronics to control cooking temperature and smoke output and even check the doneness of your reverse seared tri-tip or turkey. My favorite feature (besides the convenience)? A removable burn chamber cover plate you can remove so you can actually direct grill over the pellet fire.”

Steven was even kind enough to create some exclusive and custom recipes just for us!

And here are all the episodes that we’ll be featured in, but all the others contain just as much great material for anyone interested in smoking:

Episode 112 – You Can Smoke What?
Recipe: Plank-Smoked Camembert