For those of you living in the Twin Cities (MN), we have not one, but two television appearances to tell you about! 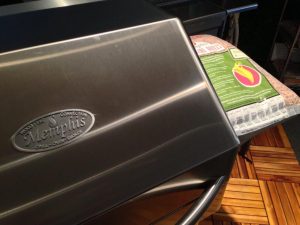 1. On Tuesday July 2nd, we’ll be appearing on the WCCO morning news (begins at 6am). The very nice Jason DeRusha stopped by the plant and got a first hand tour with cameraman in tow. We haven’t seen the finished piece, but hopefully it gives a little insight into our manufacturing process.

2. On Wednesday July 3rd, Memphis Grills will be featured on a Twin Cities Live segment. Lifestyle and gadget guru, Sasha Andreev, will be showing off some of the coolest new products in the grilling world and we’re honored to be among them. The best part? We’ll be GIVING AWAY a grill to one lucky TCL viewer. It airs at 3pm on ABC (channel 5).

For those of you who can’t catch them live, we’ve been told both appearances will be available online, so we’ll post them here when they’re available.