We’ve heard them all before. You can’t drink a gallon of milk in one sitting. No one survives “The Cinnamon Challenge.” Drink a pint of soy sauce and you’re sure to be thirstier than a camel after a long stroll in the Sahara. Those that manage to discredit these challenges are the things of legend and you’re far likelier to spot Sasquatch wandering through your backyard. (Maybe a bit more plausible for us, considering we live in Minnesota.) While we’re pretty knowledgeable when it comes to grilling, we thought a bit more digging and a lot more schooling in food myths was in order. (Those hot fudge sundaes right before bed have to be the reason I’ve been dreaming of George Clooney talking to dolphins, right?) Read below to find out what we discovered about some common foodie folklore.

Myth: “Microwaves zap all the nutrients out of your food.”

Fact: Like an old wives tale, this common myth has stuck like Hubba Bubba to hot cement. Microwave ovens cook your food by emitting small, micro-waves (Get it? Super tiny waves.) of electromagnetic energy. When these waves come into contact with water molecules (a common component in nearly all foods we eat), they oscillate, causing the food to heat up. While some nutrients do break down when heated, the source of heat makes no difference – be it steaming, oven, magnifying glass/sun combo, etc. In fact, boiling foods like vegetables on the stovetop actually causes many of the nutrients to leak out, while quickly “zapping” your veg in the microwave exposes it to heat for a shorter period of time, thus keeping it more nutrient-packed for you. Chances are, that smart phone you have permanently attached to the side of your face is doing a whole heck of a lot more damage to your health than those microwaved carrots.

Myth: “You crave the food that has nutrients your body is lacking.” 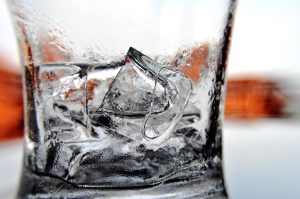 Fact: It’s all in your mind, according to scientists. If you’re limiting or controlling what you eat (and statistics show about 1 in 6 Americans is on some form of diet at any given time), chances are the things you are craving have nothing to do with nutrients and everything to do with your mind. Think of it this way: you tell yourself you’re only going to eat delicious Memphis-grilled goodness one day this week. After that initial day, we bet the very thought of barbecue will start your mouth a-salivating. Side note: if your cravings are more on the cement/clay/ice cubes side, we suggest some iron (and coincidentally that previously sworn-away Memphis yum) may be just what the doctor ordered. 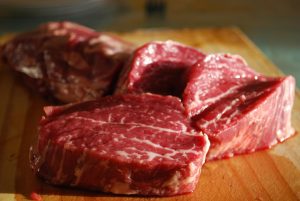 Fact: Exclamation points aside, those in favor of pinning each and every health-related ailment, from coronary heart disease to cardiovascular issues, on red meat seem to have a lot of supporters. But that doesn’t mean they’re right. Just like our mothers said when we were going through that awkward “Bad Haircut, Braces, Acne & B.O.” phase, it’s what’s on the inside that counts. And for processed meats what’s on the inside can be pretty damn nasty.  Offenders such as hotdogs, ham and bacon contain huge amounts of nitrates, additives and sodium that meat bought directly from a butcher never sees. We’re not suggesting a complete boycott of processed reds (Because what else would we pair our baseball games or Sunday morning pancakes with?), but as a wine snob might suggest, anything that comes in a plastic bag probably isn’t worthy of your meatily-finessed palate.

Fact: Every time you eat, your body’s metabolism gets a little jolt, which causes you to burn more calories. But guess what? The significance of those calories is so small, it’s doubtful they make a difference when it comes to weight loss. And it depends on what you’re eating too. A typical three-meals-a-day person is going to fair far better in the “Race to Teeny Bikini (or Speedo – we don’t judge) Body” by eating healthy foods and not going overboard. You won’t be doing yourself any favors by telling yourself six “tiny” meals of fries and a strawberry shake will equal weight loss success.

Myth: “Meat is the only ‘complete’ protein.”

Fact: Vegetarians, rejoice, for this is just another in the long list of foodiful nonsense. In order for our bodies to build body tissue, we need amino acids a.k.a. the building blocks of protein. Meat contains all of these acids, but a lot of other foods do as well. Unless you’re a body builder looking to bulk up, or have some sort of deficiency, there really is no need to go overboard when it comes to protein. An average adult male needs about 56 grams of protein a day, which is equivalent to a cup of kidney beans, a half cup of seitan (a popular wheat-based meat substitute) and 1 egg. Throw in some avocado and salsa, and I’m seeing a delicious plate of huevos rancheros in your future…

Myth: “Using a wooden cutting board when chopping meat is unsanitary.”

Fact: While highly disputed, there just isn’t much muscle behind this claim. Cutting anything (raw meat included) on a wooden cutting board can result in nicks in the wood, allowing bacteria to work itself into the board and settle there. The bacteria eventually die and can only be detected by splitting the board in half (And why would you be doing that?). As long as you’re cleaning your board properly after each use, it shouldn’t matter what you chop on it next – be it chicken or chickpeas. Still not convinced? Just do as they do on the Food Network (and kitchens everywhere) and flip your board, using one side for meat and the other for everything else. The thought of bacteria nestled deep in your cutting board still giving you the heebie-jeebies? Look at it this way: that cozy bed you crawl into each eve is home to anywhere from 10,000 to 10 million dust mites waiting to wreck way more havoc on your life than some pitiful cutting board bacteria. Nightie night.