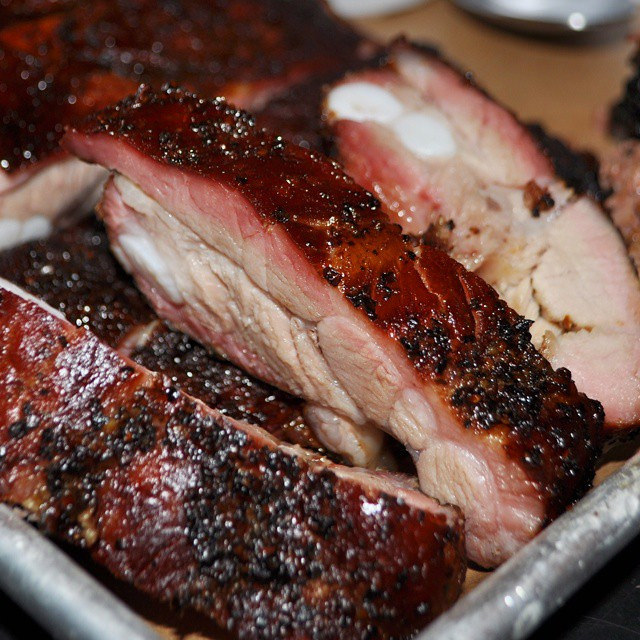 If you’ve smoked meats or spent time with people who do, you’ve probably heard about the elusive smoke rings that appear on only the best barbecue – if done correctly. Smoke rings are always talked about with an air of intrigue: What makes the smoke rings? Why do they taste so good? How do I get smoke rings?

Today we are taking the mystery out of smoke rings, and sharing what they are, how to get them, and why they’re important.

First off, smoke rings may sound like a circular pattern that just magically appear, but don’t be fooled. A smoke ring refers to the pink-colored meat that remains after the meat has been cooked, just between the crust and the interior brown-colored meat. Smoke rings are usually no more than a few millimeters thick and can appear in any meat, like brisket, shoulder, or rib.

But smoke rings don’t appear in all cooked meat, so how do they get there?

Let’s look at what comprises meat. A protein in meat called myoglobin is responsible for the color in meat, and we often associate red or pink coloring with the best meats. Beef is much redder than pork, for instance, because it has about four times more myoglobin.

In just-cut meat, the myoglobin gives a purplish-red color, but soon after, oxygen exposure changes the color to a brighter red. In time, oxygen further changes the myoglobin into a browner color that can sometimes look a little off. All this to say that oxygen has quite an effect on myoglobin. 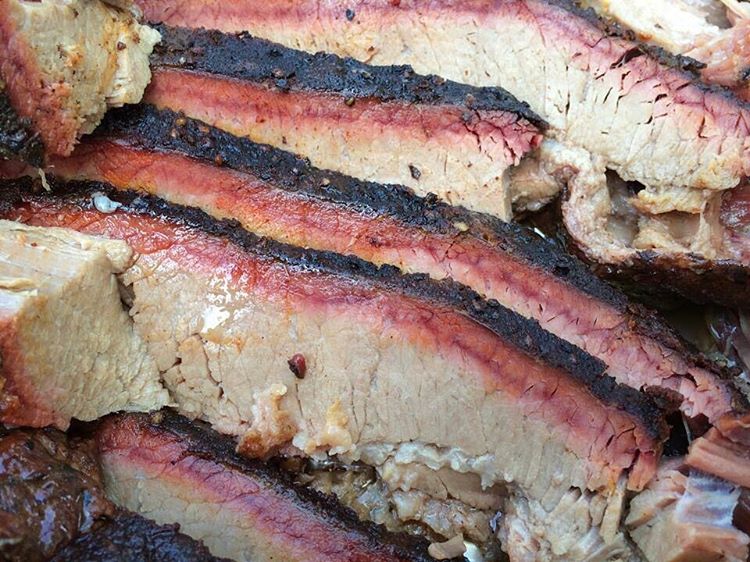 Smoke rings appear only when cooked a certain way: in a smoker. A smoker does a few things differently when compared to other methods of cooking meat. For the sake of smoke rings, we’re interested in two things: gas and moisture.

When we cook meat in a traditional oven, smoke rings don’t appear. But a real wood smoker like the Memphis Wood Fire Grill is a whole other story. Burning wood creates nitrogen dioxide. When the nitrogen dioxide dissolves on the wet surface of the meat, it binds with the myoglobin. This combination of myoglobin and nitrogen dioxide prevents any further effects from oxygen – so the meat stays pink and you don’t get that brown color.

Because the nitrogen dioxide absorbs from the outside, it can’t penetrate too far into dry meat. This is why the smoke ring is only a few millimeters. To make that smoke ring as big as possible, increase the moisture in the meat.

Simply stated – Smoke rings are important because they indicate that the meat was indeed smoked, and not cooked in an oven or slow cooker.

For purists, smoke rings are the equivalent of ‘street cred’ and no meat is truly smoked without them.